Why is Ullswater called Ullswater?

The origin of the name 'Ullswater' is uncertain. It was suggested 'Ulf's lake', from Old Norse personal name 'Ulfr' plus Middle English 'water' influenced in usage by Old Norse 'vatn' 'water', 'lake' ....'Ulfr' is also the Old Norse noun meaning 'wolf', and it's thought that the name might refer to the lake as a resort of wolves, or...to its elbow-shaped bend (citing a Celtic 'ulle'...)

Some say it comes from the name of a Nordic chief 'Ulf' who ruled over the area; there was also a Saxon Lord of Greystoke called 'Ulphus' whose land bordered the lake. The lake may have been named Ulf's Water in honour of either of these, or it may be named after the Norse god Ullr. Hodgson Hill, an earthwork on the northeast shoreline of Ullswater may be the remains of a Viking fortified settlement 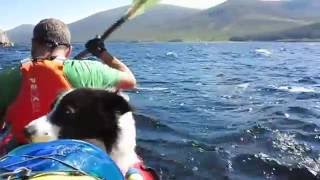